It looks like you're new here. If you want to get involved, click one of these buttons!

I have just recently developed and issue on our 2021 [email protected] Boondock XL. It seems that every time I turn on the battery power or connect to shore power, the 15A USB Outlet fuse blows. On a few occasions I was able to successfully replace the fuse once the power was up and running, but now it seems that the circuit blows no matter what. 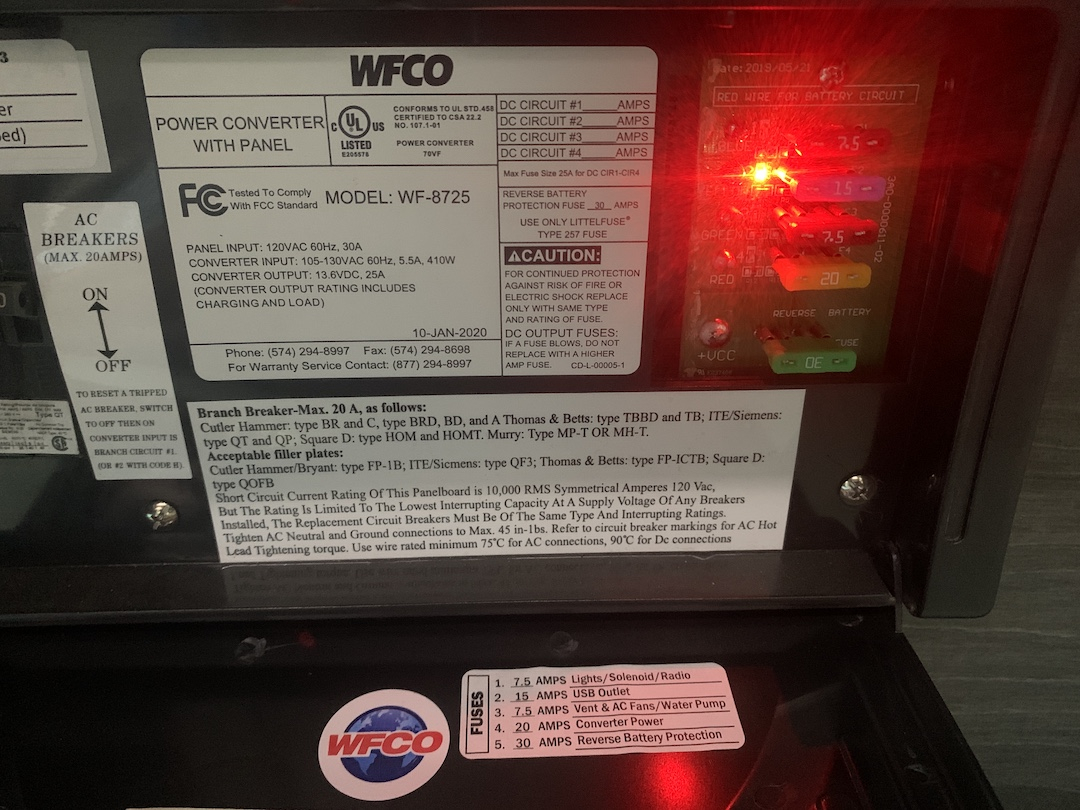 There is nothing plugged into the USB outlet in the cabin or in the kitchen.

I know folks have experienced issues with the USB outlets failing, but has anyone had issues where this circuit blows the fuse consistently?